Last weekend I participated in an Empathy Jam put on by the UX Lab.  This is actually the second Empathy Jam I’ve been to- I did the one at General Assembly this time last year.  What is an Empathy Jam exactly you have every right to ask.  It’s not exactly self-explanatory.  A UX Empathy Jam is basically this event where you throw 100 strangers into a room and they work together to solve a given problem in a roughly 12 hour marathon of a day.  This year we were challenged to consider the issue of autonomation as it may relate to potential job loss/satisfaction in NYC.  A bit vague, but I’m beginning to catch on that the problem presented is usually not too specific. 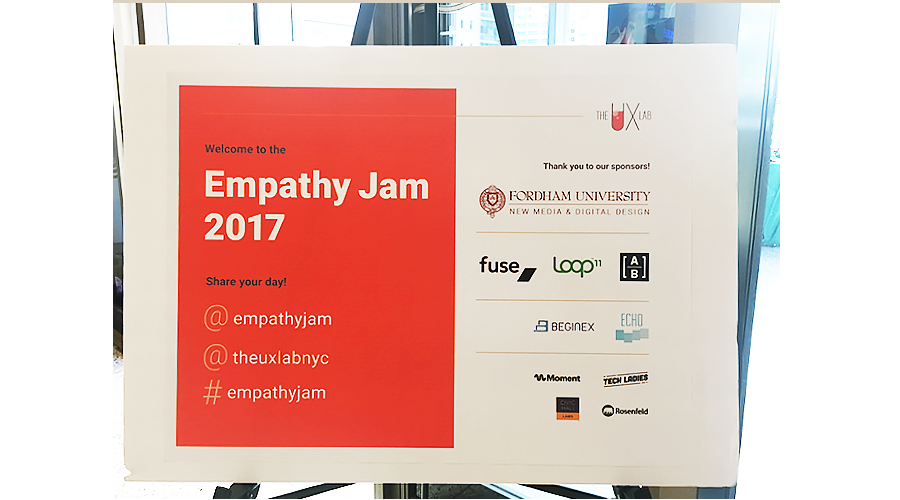 For this particular Jam, we were given colored dot stickers to identify what we specialize in.  I think I was blue for UI.  One thing I would suggest to the organizers is rather than have participants wear the color of their career, let us put on the color of what we are here to learn more about.  I know UI, but I’m here to expand my knowledge of the UX process.  I don’t want to get stuck being the one on the team doing all the digital mock-up work because right now in my career I do that all day long.

So about the teams, when the organizers give the go ahead, you basically scramble to get in to a team that (hopefully) has a member from every background- Marketing, UX Research, UI Design, ect.  I have to say I got an awesome team this year!  Couldn’t be happier!

So the agenda for the day moves at lightening speed and basically goes like this:

There were also lectures from various industry professionals like from Etsy which was really exciting.

“A UX Empathy Jam is basically this event where you throw 100 strangers into a room and they work together to solve a given problem in a roughly 12 hour marathon of a day.”

My team chose to focus on the food vendors of NYC.  What are their pain points?  What could make their job more pleasant?  What could get them more sales?  What’s their day even like?  Now I know so much more!

We interviewed several vendors on the outside edges of Central Park west.  One vendor Alim told us his medallion needs to be bid on every year from the government and last year he paid $93,000.  That was obviously a huge surprise to us.  A very serious overhead.  Another vendor at Nathan’s Hotdogs told us frankly that he gets bored during downtime, and that makes him depressed.  He’s alone too much of the day in the little box.  We got lots of responses to our many questions that I won’t all list here, but decided to focus on vendor/customer interaction and how we could make it more emotionally meaningful.

Back at home base we put all of our potential areas on to Post-Its and sorted through them by placing colored dots on the ones we liked the best. 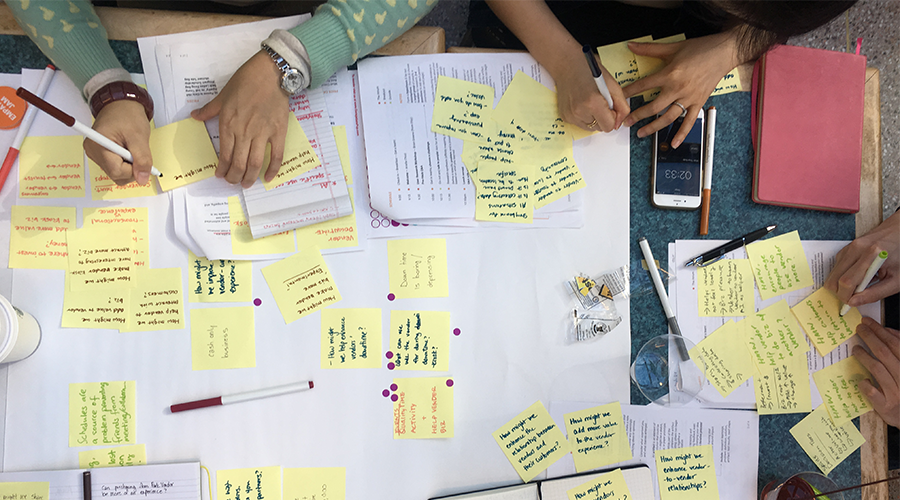 We decided to create a prototype for an tablet device that would live next to the vendor on the counter.  It would be provided by the city of NY as a way to get tourists to learn more about the city and attractions, but also get them to learn one fun fact about the person selling them their pretzel.  They would be rewarded with a promotional gift at the end if they “won” the game. 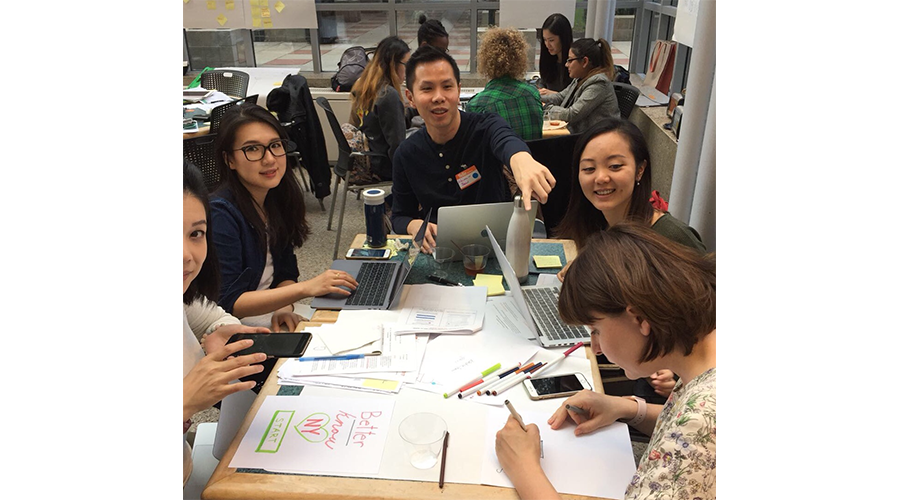 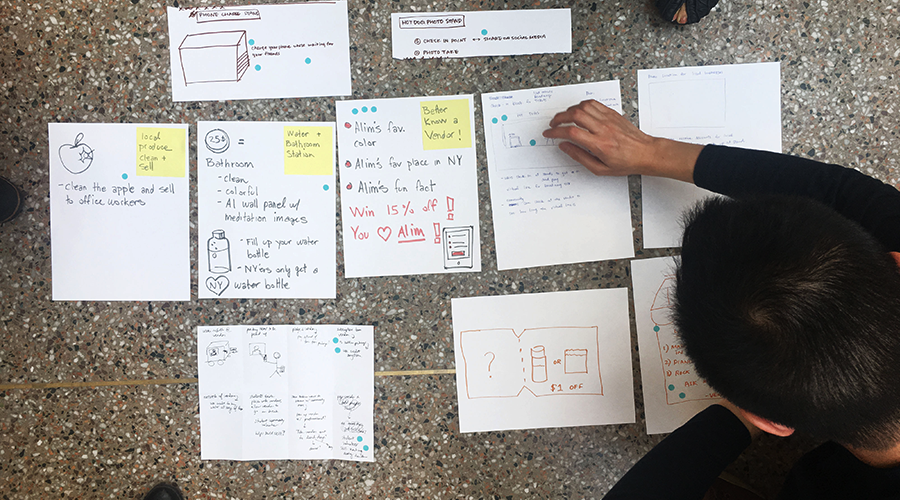 I strongly advised against making a digital prototype to my team.  At the last Empathy Jam we wasted waaaay too much precious time trying to do this and we didn’t get our point across effectively.  I noticed the teams that worked fast and dirty on paper won in part because they had more time to create a narrative. 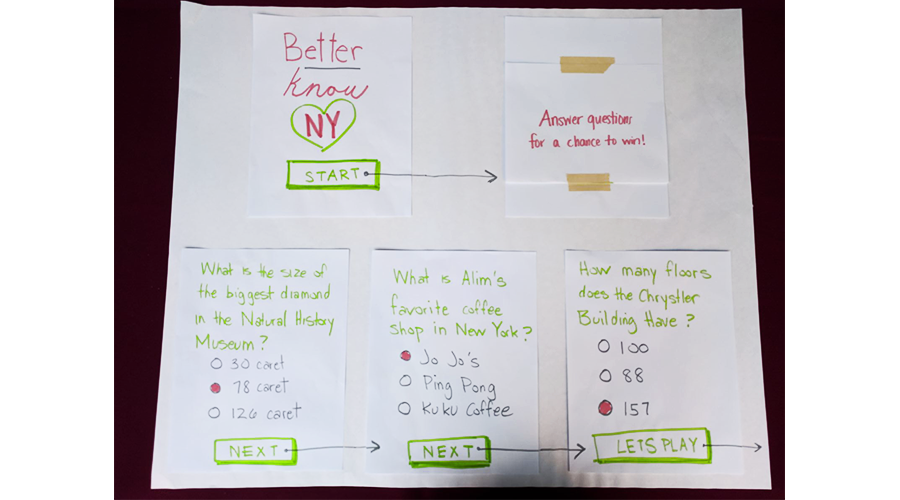 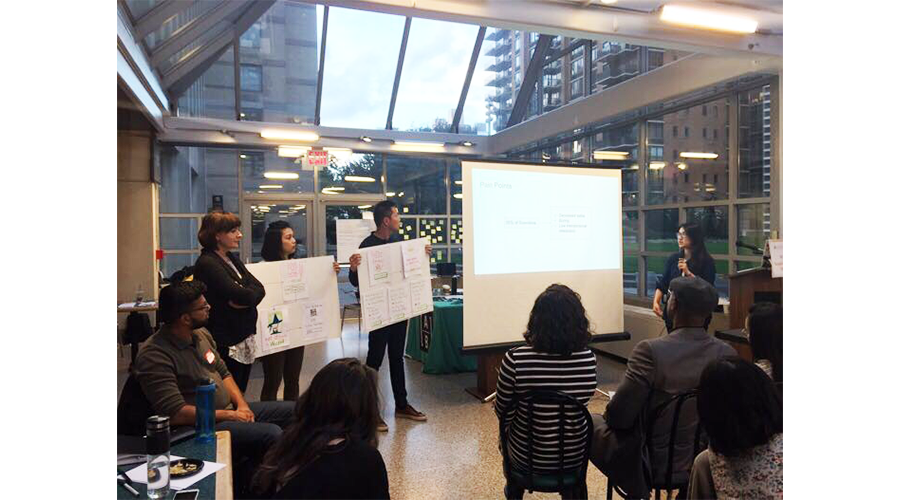 In the end the judges awarded our team Most Accessible and we all got a tote bag full of gifts from Tech Ladies.  Awesome! 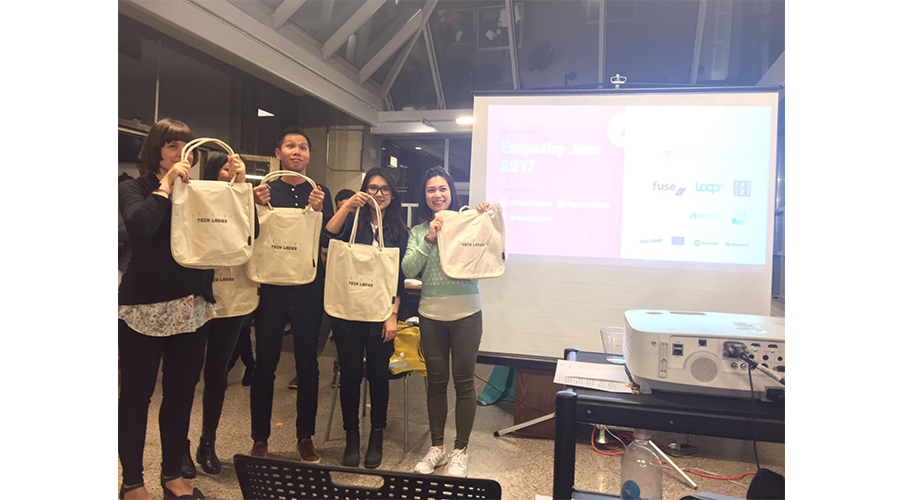 So, if you want to brush up on your UX skills, you need to understand empathy, right?  And what better way to do that than spend 12 hours straight getting to know some fellow professionals in a fast-paced race to the end?!  I can’t recommend more doing one of these yourself.  You can come from absolutely ANY background and be confident that you have something to contribute to help lead your team to success together.